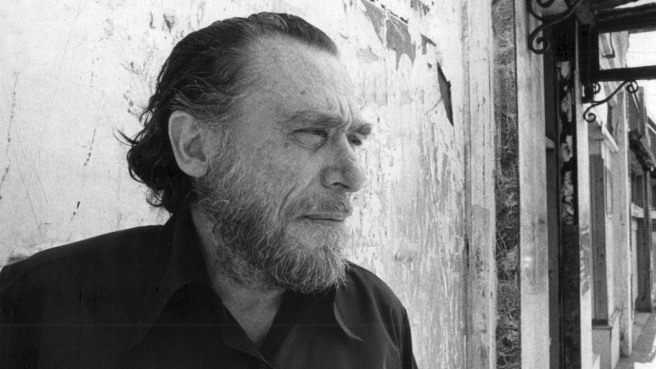 Anyone who knows Bukowski knows he’s straight to the point in his poetry. No fluff, no clutter, just pure, clear moments, pinpointing times in his life and revealing the poetic essence they contain, whether it be morbid or lush.

But I’ll argue his poem Funhouse is a little more open.

Bukowski writes about the distain he has for a burned-down amusement pier; he wishes the pier, and the homeless people (or ‘madmen’ as he puts it) inhabiting the thing were gone, ‘vanished’. He ends on the note telling us that the pier is where he walked when he was eight years old.

If we dive a little deeper, we know that things weren’t all that great in his younger years. His father was abusive, he was bullied for his severe acne as well as his accent of thickly blended English German.

In his interview with Martin Coenen, 1987, when he comments on how other writers bore him, he states:

“…each line must be full of a delicious, little juice flavour; full of power.”

He does this in all of his poetry. He gives it. No cutting corners, no layers, he just writes about it, beautifully. But does Bukowski defer from this rule of his in Funhouse?

We can all agree poetry, or any art form, is open to interpretation; this could be completely estranged and far from original intention, but Funhouse lingered, in that I wasn’t sure if we truly were told everything, and that truth mattered. The poem could have a lot more weight than first conceived, and a darker tone than first understood. Perhaps you could smile after reading, perhaps not.

But as I said at the start, anyone who knows Bukowski knows he’s straight to the point in his poetry. Maybe, that’s the way it always is.

I drive to the beach at night

and sit and look at the burned-down amusement pier

wonder why they just let it sit there

I want it out of there,

that pier should no longer sit there

with madmen sleeping inside

the burned-out guts of the funhouse . . .

it’s awful, I say, blow the damn thing up,

get it out of my eyes,

that tombstone in the sea.

the madmen can find other holes

I used to walk that pier when I was 8